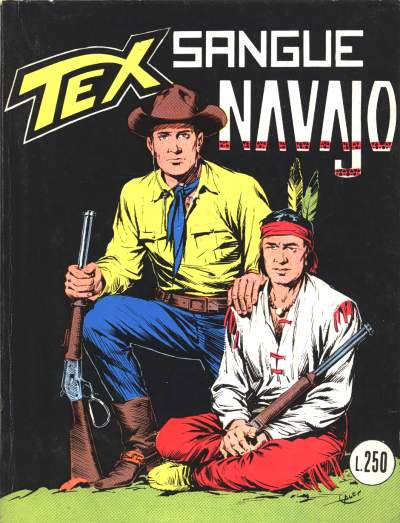 Navajos too poor to be hard hit by recession

Talk at the community center in this small Navajo town isn’t as focused on the economy as it is in many places off the reservation. That’s because the people living on the largest American Indian reservation have not been as hard it as others in the United States by the recession.

Most Navajos own their own homes, tend not to invest in the stock market and have long had difficulties borrowing money, distinguishing them from millions of other Americans who’ve suffered from rising mortgage payments, sinking retirement accounts and stricter terms from lenders.

And with half of the Navajo Nation’s work force unemployed long before this latest recession hit, there’s not much fear the job situation could get much worse on the reservation.

«They’re freaking out out there, but to us, we’ve always had 50 percent unemployment,» said John C. Whiterock, a Navajo pastor. «To us, that’s just part of life.» That’s not to say the 200,000 people who live on the largest American Indian reservation, which extends into Arizona, New Mexico and Utah, have escaped untouched.

Tribal officials are wrangling over how to address a $25 million budget shortfall and requests for social services have prompted newspaper ads for more employees to handle them.

The key has been the ability of Navajos who maintain traditional beliefs to cope, and the attitude that allows them to persevere.

The culture teaches that wealth isn’t measured by dollars and that the language, the land and kinship are the greatest survival tools. For reservation resident Delores Claw, that means leaning on traditional practices such as keeping livestock and growing corn to offset the rising cost of food. Claw lost her job at a day school after enrollment dropped, and the construction work for her husband has slowed. As money got tight, Claw’s family butchered 10 of their lambs. «They always say if you have livestock, you’re rich,» she said. 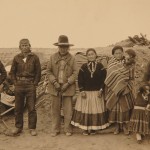 Other Navajos still sell hand-woven rugs at trading posts or jewelry and food at roadside stands and at flea markets usually bustling with buyers. It’s an industry that contributes about $6 million a year to a $1.3 billion economy, though the jobs aren’t counted in the tribe’s employment statistics. «In many ways, we have the means to sustain ourselves,» said Navajo President Joe Shirley Jr.

Among traditional Navajos, those who most closely cling to the beliefs and practices handed down through generations, there’s a strong emphasis on self-sufficiency, and balance and harmony. The tradition is deep-rooted among elderly Navajos, though some argue it has tapered off with the younger generation.

Wilson Aronlith Jr., a 76-year-old instructor of Navajo culture, philosophy and history at Dine College on the reservation, said his health, following his ancestors’ teachings and passing along the language and stories of the Navajo people mean more to him than money ever could.

«If you have all the good capabilities, that’s wealth,» he said. «What else would you ask for?» Ivan Gamble, a Navajo from the community of LeChee, said tradition is not so much sticking strictly to the ways of his ancestors but blending the best of Navajo culture and Western society.

The 31-year-old Gamble lives in a home without water and electricity, and grows crops and raises animals by choice, but he still has a cell phone and Internet access and numerous jobs to earn money. «That’s what our ancestors taught us, to adapt, to survive,» he said.

By most measurements, the Navajo Nation fits the definition of poor. But despite the 38.5 percent poverty rate among families, an unemployment rate that consistently hovers around 50 percent, a per capita income of about $7,500 and the lack of unemployment benefits, there’s a sense of contentment with the simple life on the reservation characterized by its rugged landscape and remoteness.

Many Navajos still haul water from long distances to cook and for their livestock. Navajo children in the more remote areas must do their homework by the light of a kerosene lamp and daily chores include chopping wood or gathering coal to heat the home.

The cost of living on the reservation is low, and the income derived from arts and crafts along with public assistance is enough to sustain some people, said Trib Choudhary, an economic development specialist for the tribe. Aside from basic needs, he said, there’s not much more that is desired.

What Navajos hope for, along with better roads, running water and electricity, is an improved economy, one that will allow their children to return to the reservation, help their people and maintain the language and culture.

The tribe has made small strides toward improving the economy, opening up the first of six planned casinos on the reservation last year. There’s a push for environmentally-friendly jobs that would reflect the traditional life, and a coal-fired power plant is in the works.

Still, many tribal members are forced off the reservation to look for jobs. Economic development has long failed to keep up with population growth. To keep the unemployment rate stable, some 3,500 jobs must be created each year, but Choudhary said only about 200 are.

The situation on the Navajo Nation tends to reflect what is occurring on other American Indian reservations, where unemployment rates are twice that of the rest of the country and real per-capital income is less than half the national average, said Dante Desiderio, an economic development policy specialist for the National Congress of American Indians.

The group has called on the federal government to respond to what it says has essentially been a decades-old depression on tribal lands. Desiderio notes that many tribes don’t have the tax base that cities or states do and are looking to federal stimulus money to help build infrastructure and spur economic development. Of the $787 billion economic stimulus package, $2.5 million was set aside for tribal programs.

«If you read the papers and you see what the rest of America is struggling with, it matches what tribes have been struggling with,» Desiderio said. «If we’re going to fix it, this is the chance.»